A Presentation by Jonathan Walker

You are invited by Young Bristol to a Presentation by Jonathan Walker. Jonathan is an author of military history and lecturer on aspects of 20th Century warfare.

Jonathan was educated at Clifton College and after a successful business career became a full-time author. He is a member of the British Commission for Military History and Honorary Research Fellow in War Studies at the University of Birmingham. He is also a member of The Haig Fellowship and Society of Authors.

He has written and contributed to ten books and lectures widely on aspects of 20th Century conflict. Jonathan has appeared in a number of television and radio documentaries and has recently featured in BBC’s Portillo’s State Secrets, Heroes of War and The Last Battle of the British Empire. He was also a historical advisor for a major drama series, The Last Post, which aired on BBC1 last year and as critic, he was one of the judges for the British Television Documentary Awards.

Very limited tickets available via Eventbrite or by Application Form.

Tickets are £60 and include a drinks reception and dinner.

There will be an auction on the evening with items including:

– Three Nights Accommodation for Four in The Tower Penthouse, London

– A Week at a Duplex Penthouse, Gibraltar

– Weekend Accommodation for 20/22 people at The Brake, Tockington

Prior bids accepted will be accepted please email bids via info@youngbristol.com.

Very limited tickets available on Eventbrite or by an Application form. 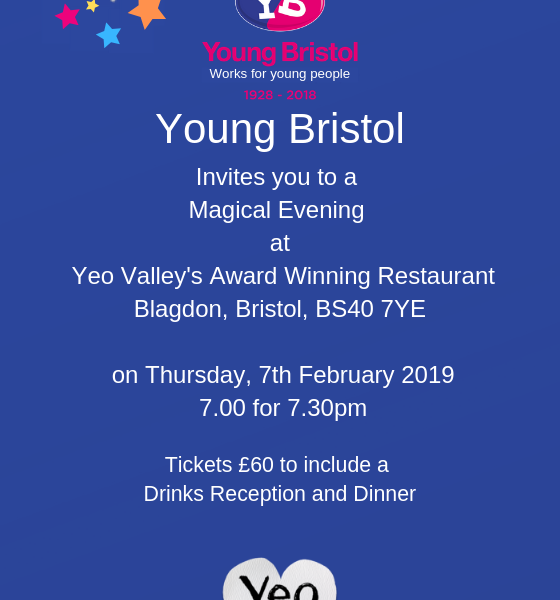