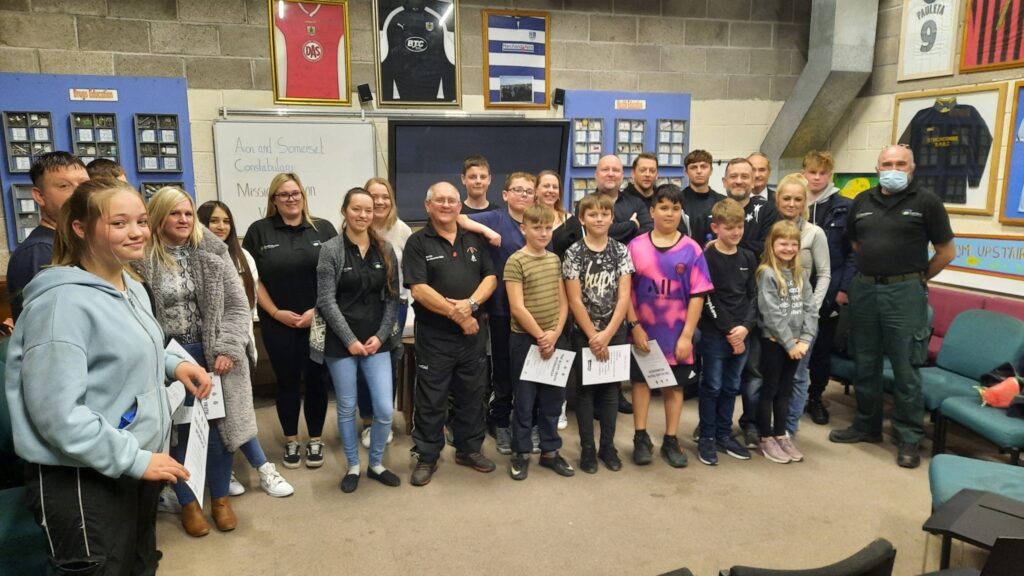 The workshop aimed to encourage young people from Broad Plain, Downend, Plymouth and the University of the West of England Boxing Clubs to report if they know someone who is carrying a knife, as well as learning first aid from NHS doctors to help them a save a life in the event of being witness to a stabbing.

A young boxer who attended the workshop found it hugely valuable and said:

Sean’s experience really highlighted the reality of what can happen if you carry a knife to cause trouble or to defend yourself… it can never end well.”

The workshop was attended by A&E worker, Dr Maud McCutcheon; Crown Court Judge, his Honour Mark Horton; Ellen Campbell (Youth Project and Engagement Coordinator), and volunteers from Great Western Air Ambulance. The workshop was staged in the heart of the city, thanks to the help of Club Leader, Dennis Stinchcombe MBE.

The knife crime workshops will be held at schools and community groups across Bristol over the upcoming weeks and months. #fightingknifecrime