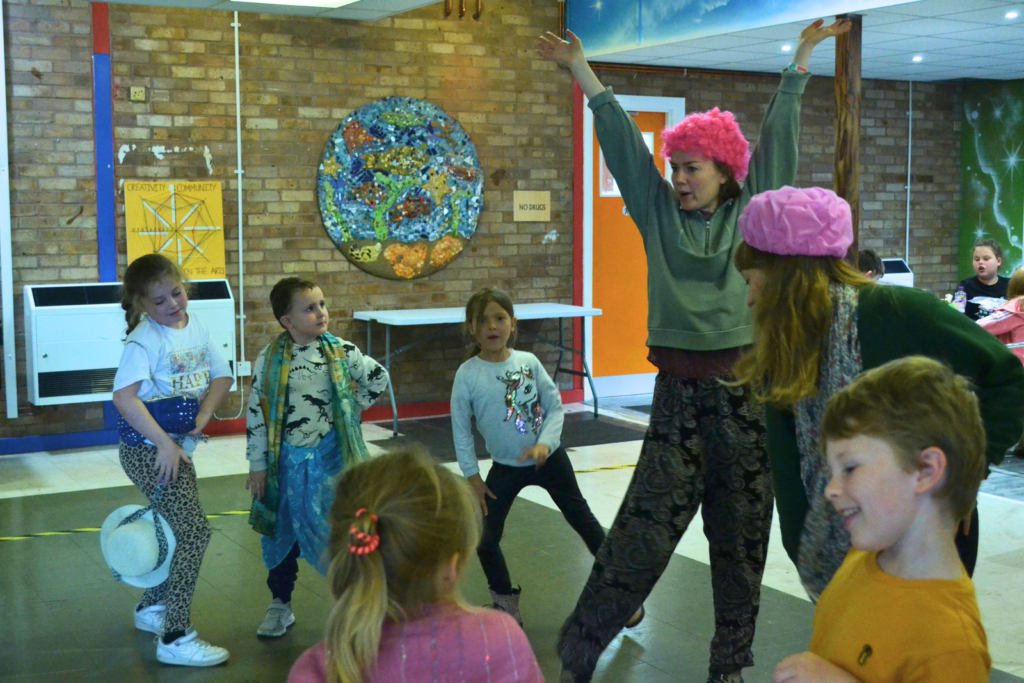 Young Bristol have partnered with Tick Tock Bridget this week to deliver a drama workshop to a few of our Youth Clubs.

At the start of the week, Tick Tock Bridget delivered their first session at BS14 Stockwood Youth Club. Young people took part in a variety of activities to bring their imaginations to life. The range of activities included; an introduction session to warm-up, stretch and get to know each other, making their own town by acting out the elements and dressing up using brightly coloured costumes.

After the session, Rosa Firbank from Tick Tock Bridget said:

The children’s idea were running wild and it was great fun to see them act out their imaginations.” 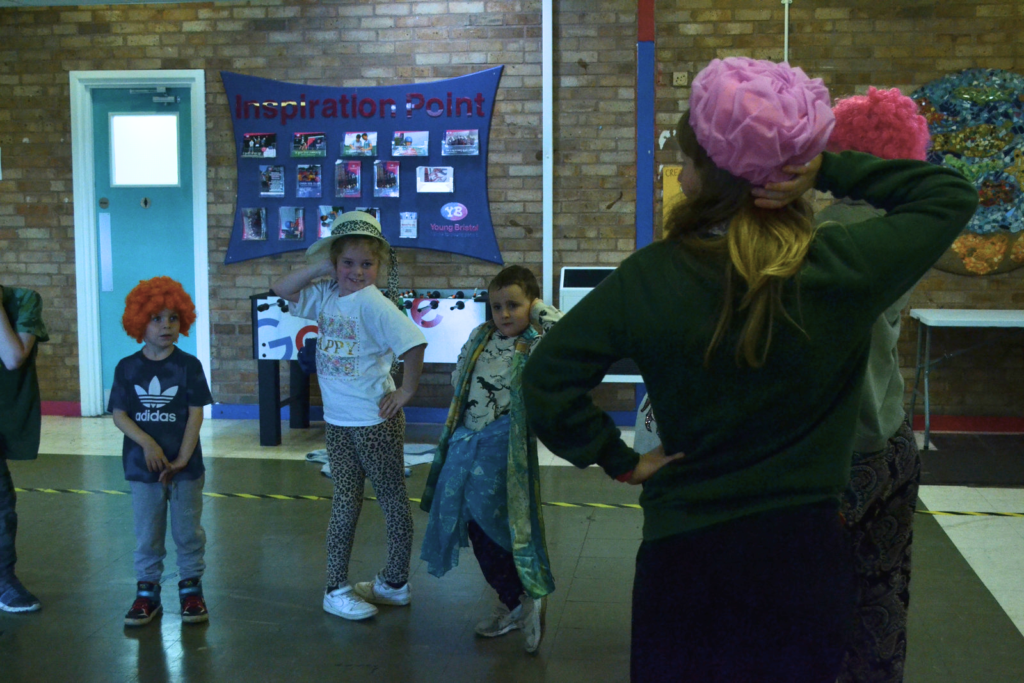 We loved using jazzy costumes with the kids, it’s what we love doing and it’s great to see them enjoy it too.”

The next day, the theatre group travelled to The Grove to deliver their last session of the week. As they were working with an older group of children, they decided to change up their activities during this session. The group, first of all, warmed up and introduced themselves by acting out their hobbies and interests. They then were able to play a game of would you rather, deciding on their favourite of two options. Finally, to end the session, the group were prompted to create their own Christmas movie using freeze frames. Young people decided to base their piece in the future at The Grove. By the end of the piece, the group even managed to get club staff involved, where they played the parts of Santa and the teacher. 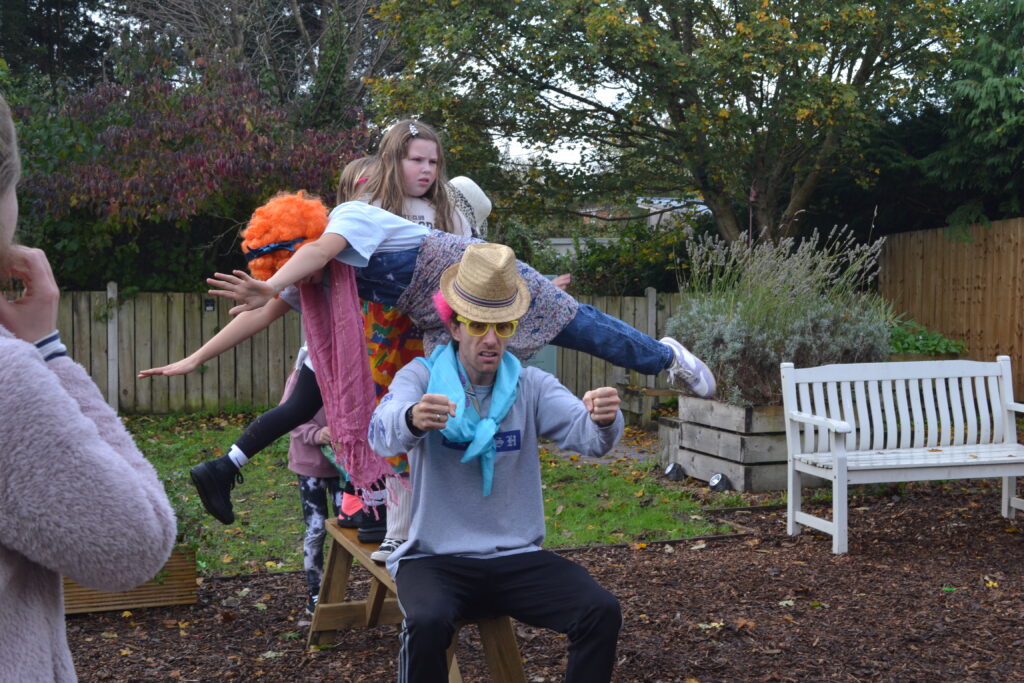 After the sessions had finished, the group at Tick Tock Bridget discussed with us their experience delivering workshops at our youth clubs:

We loved visiting Young Bristol and feel welcomed when visiting any of your clubs. It obvious that young people feel at home. They show great enthusiasm when trying new things. We also feel very supported by your teams and love when they decide to join in. We have had so much fun dancing and acting with your groups this week”

Thank you to Tick Tock Bridget for delivering these amazing sessions this week. Both club staff and young people enjoyed these sessions. We hope to be able to work with their group in the future!