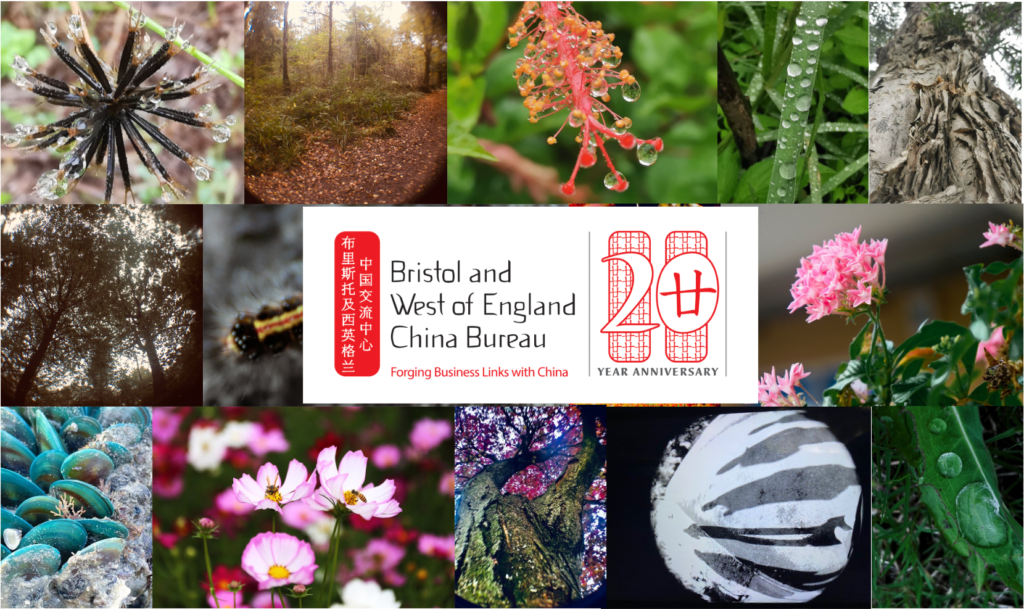 Young Bristol were thrilled to be part of an international photography project, connecting young people in Bristol and Guangzhou, China to mark the 20th Anniversary of the twinned cities.

During 2021, young people from Ashton Vale Club for Young People, visited Brandon Hill and Ashton Court with experts from Bristol Museum to capture photographs of nature in the heart of their city. The group were inspired by a BBC Countryfile item filmed on Brandon Hill about macro lenses fixed to mobile phones.

Meanwhile in China, a group of young photographers from local schools also took part in a similar activity capturing plants and animals.

The photographs taken during the project were shared amongst both groups, giving an opportunity for the young people to explore and comment on the images captured in both of the cities.

The pink and green look good together, it is very detailed.” Alfie, 13, Hartcliffe Club for Young People

“The combination of light and shadow is full of mystery. The photographer seems to be looking at their shadow.” FU Jianyang, Guangzhou Development Zone Foreign Language School

“The water looks like little worlds and the colours catch my eyes.” Cameron, 8, Ashton Vale Club for Young People

“I think it is very quiet, because the sun shines brightly and the trees are very big.” HUANG Xiran, Guangzhou No. 86 Middle School

A book of the images, with a forward by Bristol Mayor Marvin Rees and Johnny Keeling, Head of the BBC Natural History Unit, will be presented to Guangzhou as an official anniversary gift. The project was funded by Bristol City Council and the Guild of Guardians.

You can find out more about the parternship and view all images here.

Young Bristol
Previous Post
You’re invited to The Big Jubilee Lunch!
Next Post
Booking now open for your May Half Term outdoor adventure!
No results found.