Young Bristol’s Youth Voice took 11 members, who represent our Youth Club network, to Hannover for a wonderful 5-day adventure. This trip was both educational and an opportunity for the group to experience a wide array of Germany’s culture on the exchange trip.

Thursday 22nd September, the group successfully landed in Hannover! For some of our young people, it was their first time abroad. They met with Marco, who was their point of contact from Hannover’s youth services. The group were transferred to their accommodation, located just outside of Hannover city, where they cooked themselves dinner for their first night, settling in to their new surroundings.

Friday 23rd September, Youth Voice were lucky enough to have a tour around the city of Hannover, where they were able to discover all of the historical background of the city and visited the key buildings of the city, including City Hall and Haus der Jugend, one of the Youth Houses in Hannover. During their visit to City Hall, the group were able to meet the Mayor! Later in the day, the group had the opportunity to meet with some local, young people, who gave them the challenge to complete a high ropes activity course. This was an ice-breaker activity for the group, helping them to form international friendships. To finish of the day, the group discussed strengths, weaknesses, opportunities and threats for youth work volunteering in both England and Germany.

Saturday 24th September, the group visited Germany’s capital city, Berlin. Some of our young people got the chance to navigate the group around the city, taking them to key historical sites such as Checkpoint Charlie. At Checkpoint Charlie, they learned about the tragic events of the Cold War, such as the separation and segregation of East and West Germany. To finish the day, the group were lucky enough to witness the warm up events of the internationally recognised Berlin Marathon 2022! 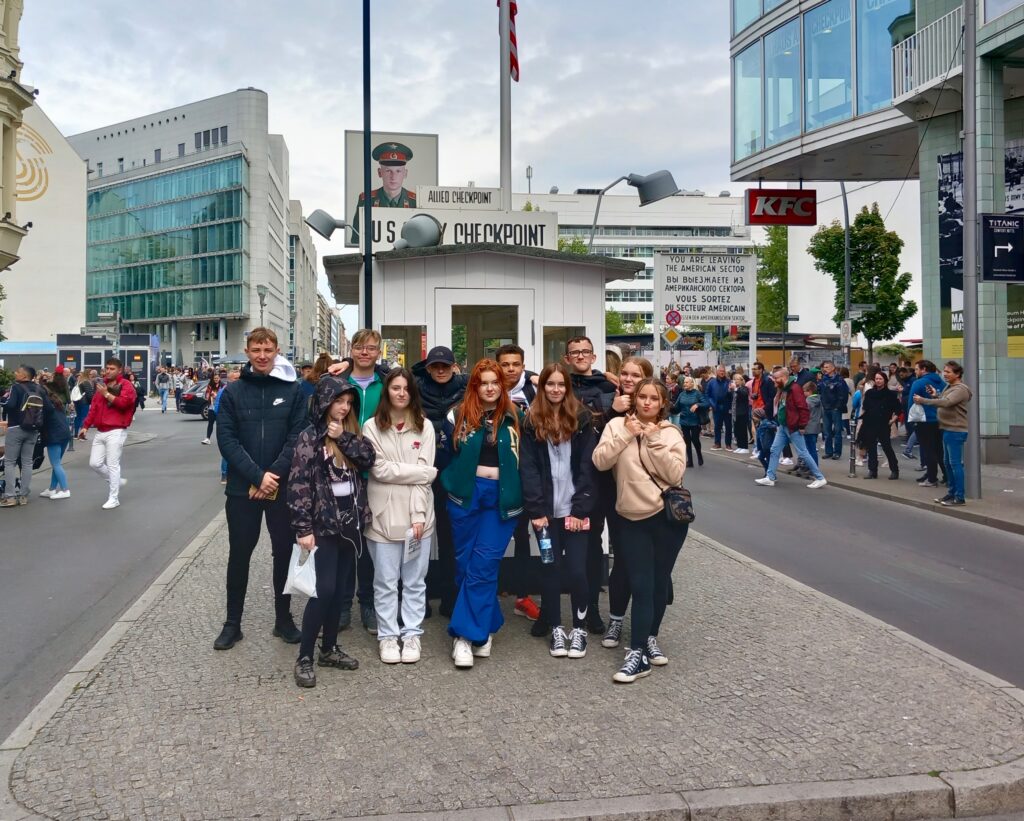 Sunday 25th September, Youth Voice visited a skatepark, run by the local skating community, built out of rubble from an old building. The skatepark coaches supported the group to learn the basics and overcome their fears. In the afternoon, the group took part in a graffiti workshop, working with local artists. Our 11 young people were able to create designs from their own inspiration and bought their ideas to life by adding them to Hannover’s graffiti landscape. 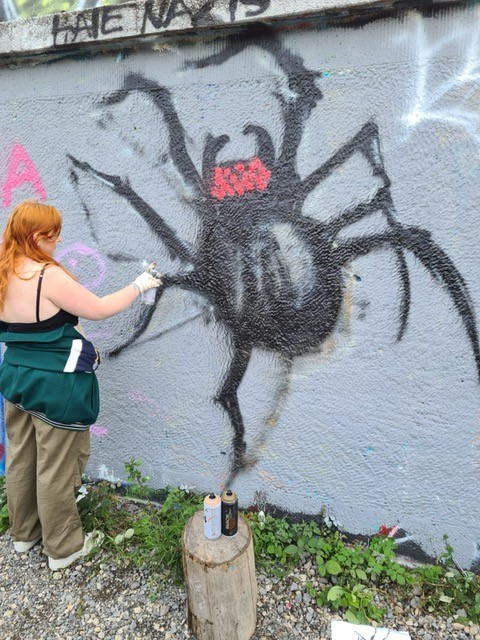 Monday 26th September was their final full day in Hannover. The group were given an exciting full stadium tour of Hannover 96, Hannover’s local football team. This was a great experience for our young people to experience the modern cultures city! To end the trip, the group sat down to a farewell meal at their accommodation, where Youth Voice invited the Hannover Youth Service they had met earlier in the week. Over the trip, the two groups had strengthened their friendships and finished their farewell meal with singing and dancing, breaking the international barrier. 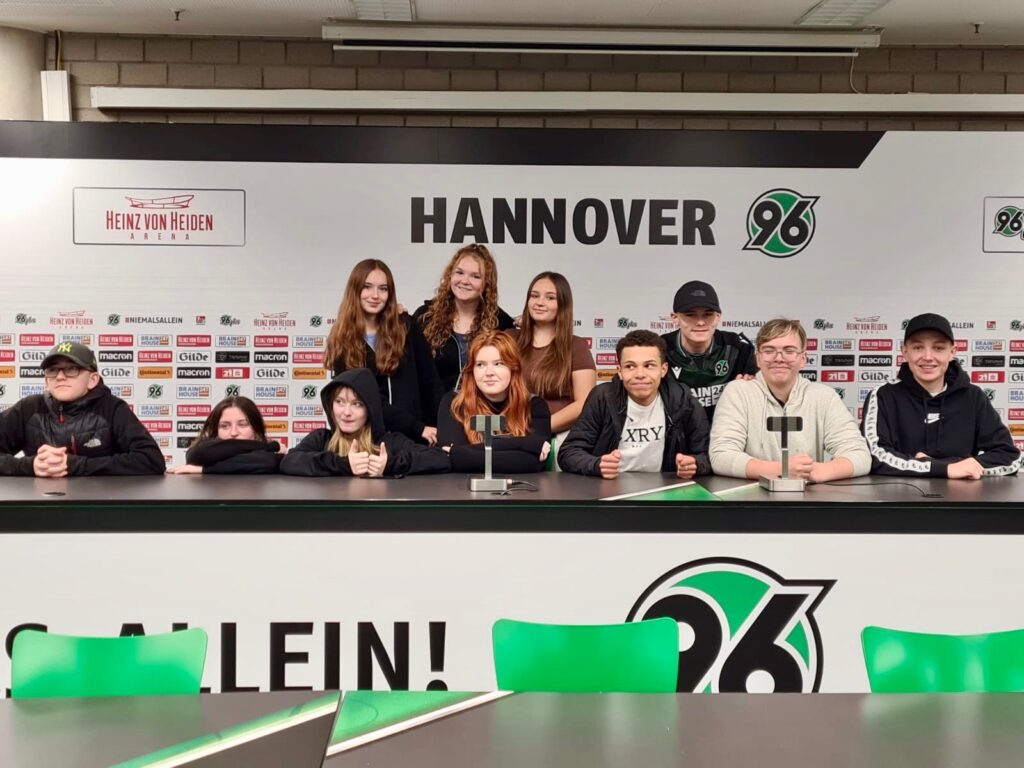 Overall, this was a fantastic trip for our young people, where they got to experience a whole range of German cultures and customs. On the trip, the group made some amazing connections and were able to discuss local and international issues within youth work with a variety of new people. The trip has allowed Youth Voice to strengthen their bond as a group and has given them the drive to strive for change in the youth sector. The group have all returned home safely and overall had an amazing trip away, thanks to Young Bristol’s Youth Voice.